The gut renovation of this former cold storage warehouse in Tribeca aimed to celebrate its industrial elements while carving out a more livable home. Although it was first converted in the early 2000s, the existing layout — which encompassed a large, open-plan living space and one private bedroom — needed to be rethought in order to accommodate a family. One of the apartment’s main advantages is that it extends across the whole floor, from the front to the rear of the building, meaning that windows bring in natural light from both sides.

The solution, after multiple floor plan studies were exhausted, was to create private living spaces that run down one side of the apartment, and public spaces on the opposite side, separated by the entrance gallery. These two internal spaces were then differentiated both architecturally and visually. In the public living areas, the team left the concrete ceiling exposed, and sandblasted the huge, industrial concrete columns to return them to their raw, original state. In the private areas on the south side of the building, these columns are still a major feature, but are painted and more subtly integrated into the design. Here, the 10-foot-high ceilings were lowered slightly, and the white oak floors were raised onto a platform, so that entering requires taking a step up. This allowed for light fixtures to be installed above, and for new plumbing to the master bathroom and kitchen to reach across to the far side.

Rather than blocking off the private areas completely, the architects wanted to give a sense of the apartment’s scale from the center to each side. The master bedroom and study were built without internal walls, and sliding glass doors with custom blackened steel frames, bronze panels and custom walnut handles inserted in their place. Inside the room, a curtain can be drawn across the door for privacy, but otherwise the light can penetrate into the apartment’s interior from the south side. The feature is repeated in the living area, keeping the interiors light while giving the residents flexibility in how the space is divided and used. 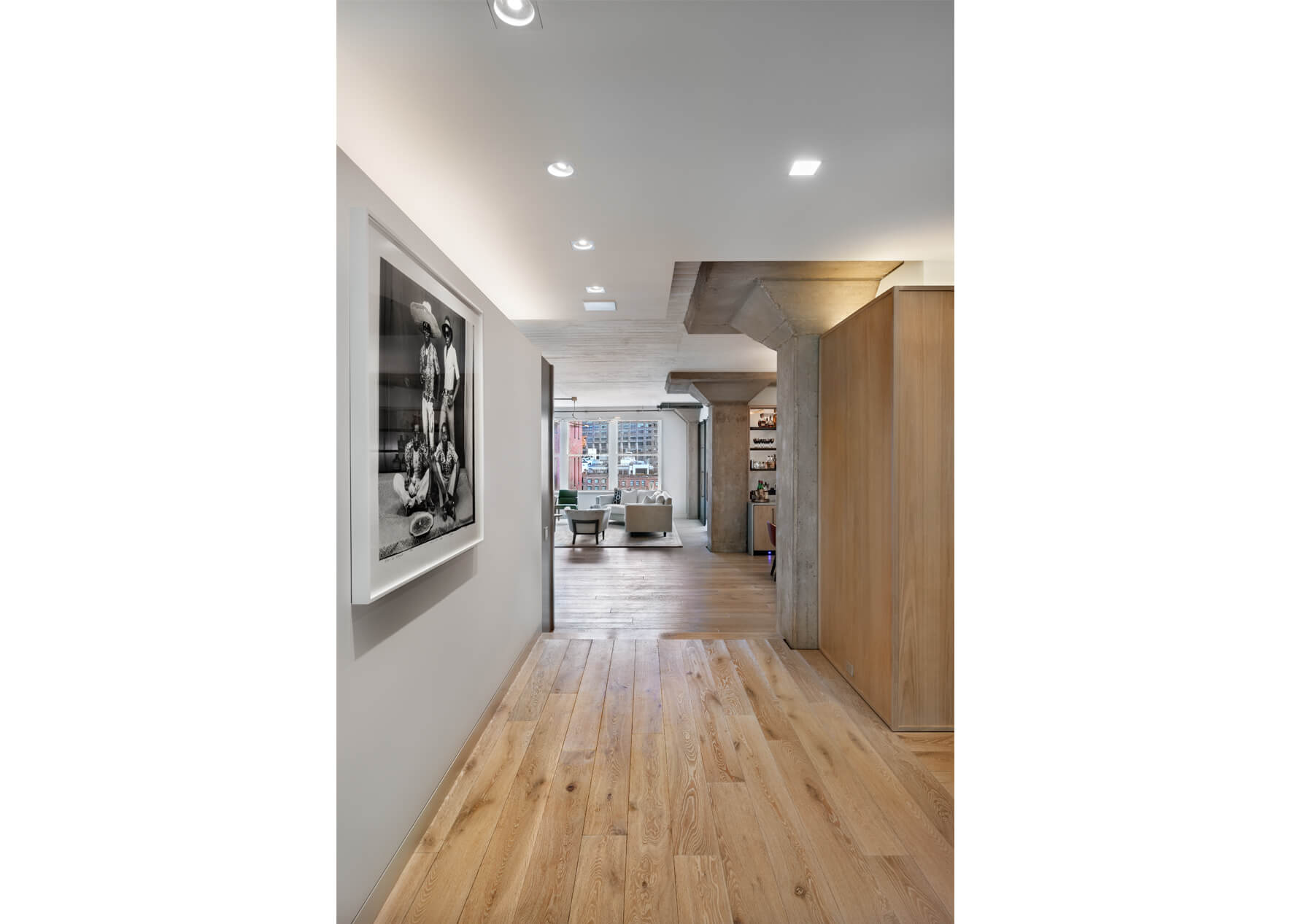