A post-production, digital, visual effects facility typically involves little architecture. There are people at computer stations and little else. Pure fantasy is the thread that runs through all the work of this cutting edge organization. The space designed for Framestore New York is embodied by a single wall that meanders through and connects the different rooms tying them into a knot at the end.

Framestore is an Oscar-winning visual effects company based near Oxford Street in London. Formed in 1986, it acquired and subsequently merged the Computer Film Company in 1997. The company works across several different areas of the media: feature films, commercials, music videos, feature animation and digital. In 2004, the company set up an office in New York’s SoHo district to serve the US advertising market, and has since set up offices in Los Angeles and Montreal. The Framestore office in NYC and LA / Culver City were both designed by DHD. 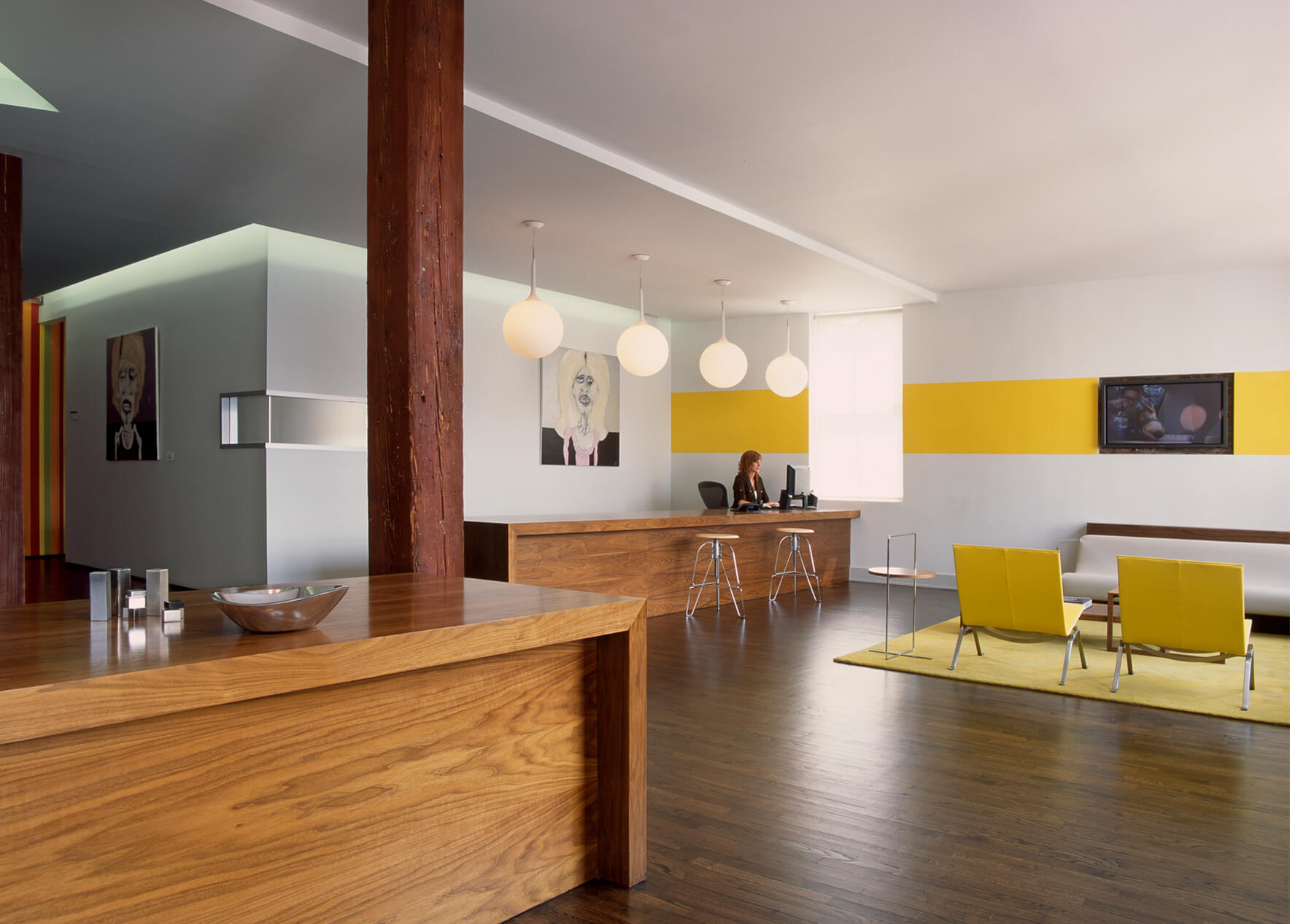