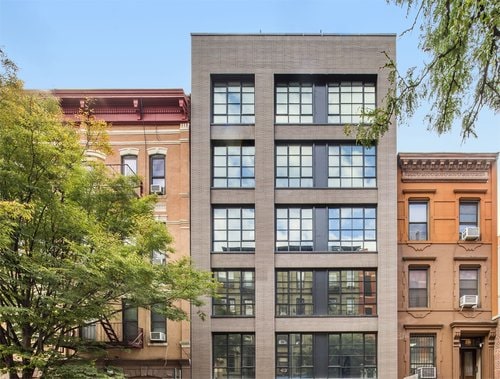 By: Off The MRKT

Prolific New York City developer Grid Group announced that 134 West 83rd Street, their boutique new development on the Upper West Side, is 100% sold out in under ten months.

Sales launched in November of 2018 and culminated in August 2019, totaling over $28 million in sales in just six months after the first contract was signed in March of 2019. With a penthouse listed at nearly $6 million and an average residence price of $4.8M, Corcoran confirmed that the property is the fastest-selling Upper West Side new development since 101 West 87th Street completed its sales program in 2012, as measured by the number of months from launch to sellout.

Designed by David Howell of DHD Architects and ideally located between Columbus and Amsterdam Avenues, 134 West 83rd Street is comprised of six spacious residences; a duplex maisonette townhouse with lush private garden, four full-floor residences on levels two through five, and a duplex penthouse with south-facing private roof terrace. The building features a part-time doorman, storage included with each apartment, and private outdoor spaces within the residence in addition to a rooftop lounge that is included with each home.

“We took great care to design and construct every aspect of 134 West 83rd Street to the highest level, and its sales success is a testament to an exceptional product ideally located on the Upper West Side,” said Yiannes Einhorn, Principal of Grid Group.

Nicole Hechter, who handled sales for the project at The Corcoran Group along with Masayo Hashimoto, adds, “134 West 83rd Street outperformed the market with an incredibly unique product on the Upper West Side that checked all the boxes for buyers. The unbelievable quality and precision that Grid Group brings to each project is not overlooked by purchasers and brokers alike. We not only handle sales, but are huge admirers of the product.”

Grid Group’s next major project, launching this Fall in prime Chelsea at 124 West 16th Street, shares many aspects of what made 134 West 83rd Street so successful; private outdoor space for every residence, floor plans with a focus on an elegant great room, oversized casement windows and contextual façade materials, as well as Grid’s meticulous attention to detail and craftsmanship. The 15-unit condominium with a striking custom Bluestone facade will also represented by Nicole Hechter and Masayo Hashimoto of The Corcoran Group.